Countless trolleys move seemingly independently through warehouses, production plants and every other kind of space where goods get moved about. Large companies and organizations around the world use Frog AGVs. One can imagine how the system can work on one floor. But how do you steer the trolleys when there are multiple storeys, shafts and elevators?

Dozens of vehicles that fully automatically transport all the various goods within a building or complex. It was back in 1988 that the Utrecht-based Frog company delivered its first AGV system to Apple Singapore. Many other applications have followed since. In 2008, Frog delivered an AGV system for automating the entire internal logistics in one of the largest hospitals in the US. As a result, Frog was then chosen to provide an AGV system for the Center Hospitalier de l'Université de Montréal (CHUM), a large new university hospital in Canada. Within a few years, all the hospital’s goods flows including food, medicines, linen and waste will be transported to their destinations by AGVs.

The acronym ‘AGV’ stands for 'Automated Guided Vehicle', ‘Frog’ for 'Free Ranging On Grid'. So ‘Frog AGV Systems’ as a whole means: a system where vehicles can move fully automatically within a grid of markers. A new element with CHUM was that the AGVs must also transport goods between different floors in different elevator shafts. CQM was asked to develop an algorithm for the most efficient elevator selection in the three elevator shafts. The algorithm then had to be integrated into the general Frog software. In addition, the brief was to design the algorithm in such a way that it could also be used in similar future AGV systems.

The goal of the algorithm was to process the AGVs as quickly as possible upon their arrival by the elevators. They must immediately be assigned to an elevator, then transported in that elevator to the right floor as quickly as possible. This sounds simple but it’s not that straightforward. For a start, each AGV has its own deadline: the time by which the vehicle must arrive at its destination. There are also priorities: an AGV carrying food has a higher priority than, say, linen or waste. What’s more, there are different types of elevators. On some floors, an elevator has two doors: one for entering and one for exiting the elevator. On other floors, there’s only one door for both entering and exiting, so AVGs can’t enter and exit at the same time. And there are more parameters that need to be taken into account, such as elevator speeds, the time it takes to enter and exit elevators, and the number of waiting places available outside an elevator.

It was decided to let the Frog system decide which AGVs should be sent to the elevators, and when. The CQM algorithm then determines which spot in the queue each AGV gets, and in which order the elevators will bring the AGVs to their correct floors. The Frog system then takes control again for the further transportation on that floor.

The algorithm developed by CQM consists of two components. An AGV is first assigned to an elevator by determining which elevator can best process this AGV without hindering other AGVs waiting for that elevator too much. This is then followed by the scheduling of the elevator itself. The algorithm determines in which order the AGVs assigned to the elevator can best be loaded on the departure floor and deposited at the destination floor. All while taking account of the various restrictions already mentioned. The scheduling of the elevators is recalculated each time the situation changes in any way.

To see whether the algorithm developed would actually work in practice, CQM simultaneously built a simulation model. The simulation enabled the algorithm for the elevator system to be further optimized. And for Frog AGV Systems, it also confirmed that the planned number of elevators per shaft, and the capacity of these elevators, would be enough to ensure a smooth logistics operation.

"We are extremely pleased with the result and the way it was tackled,” explains Jaap van der Werff, CEO at Frog AGV Systems. “Very thorough work by an incredibly enthusiastic CQM team. I also used it in a presentation to the end-customer and everybody was really enthusiastic about it.” The challenge for CQM still remains to integrate the algorithm into the Frog software that will manage the entire AGV system for the whole hospital. This will be done in the next few months.

To see why this is one of those classic CQM projects that really gets us excited, watch the film: 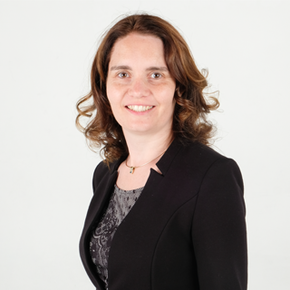 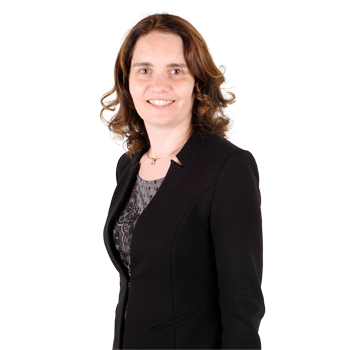