The perfect X-ray tube for PANalytical

X-ray tubes have been around for a long time. But depending on the application, its design and effectiveness can still be improved. The problem is, however, that there are many parameters that influence the operation of an X-ray tube and that calculating a new design takes a lot of time. This should be possible faster and smarter, according to producer PANalytical. CQM developed a new and efficient design model.


What does PANalytical do?

PANalytical, formerly Philips Analytical, is the world's leading supplier of analytical X-ray analysis equipment for industrial applications and scientific research. PANalytical is the only supplier that also develops and produces the X-ray tubes itself. Since 2002, PANalytical has been part of the British technology group Spectris.
Note: On January 1, 2017, PANalytical merged its operations with Malvern Instruments, a UK-based supplier of materials and biophysical characterization technology and also an operating company within the Materials Analysis segment of Spectris.

For a new device, the company wanted to improve an existing tube. Previously, a pipe was designed according to customer requirements. The result was an improved design, but not necessarily the most suitable design. PANalytical contacted CQM to improve the design process.

Although X-rays are of course used in an X-ray tube, the electric field in the tube determines the quality of the tube and the precision of the analysis. This high-voltage field is created by a voltage difference between cathode and anode. As a result, electrons are released from the cathode, which generate X-rays upon impact on the anode. The dimensions of the tube and the placement of the various parts in the tube, for cooling, among other things, influence the electric field. So when optimizing the pipe, there are many factors to take into account. Any change in any of the parameters may impair or improve the overall performance of the tube.

“We started by studying candidate designs and describing those designs on the basis of eleven parameters,” says Peter Stehouwer of CQM. “Those parameters concerned the position and dimensions of the components in the X-ray tube. PANalytical already had a simulation tool at its disposal to calculate the consequences of the parameter changes. However, such a simulation takes one to two hours per analysis. Together with the PANalytical team, we further mapped out the design space. What may vary and how much? What is the relationship between the parameters and what are the limitations? We also made choices about assessing the outcome of the simulation. That outcome is, among other things, the electric field, which was depicted in a picture. However, because a picture is more difficult to interpret than a number, we convert it into a summary of physical features. That summary turned out to be representative enough to assess the entire electric field.”

The next step was crucial: modeling the electric field characteristics as a function of the design parameters. Peter: “First, PANalytical simulated a sophisticated list of possible designs. Subsequently, based on the results, CQM developed a new model that can quickly predict the properties of the electric field for each design, much faster than the simulation. Compared to the simulation, we do sacrifice something in the accuracy of the prediction, but the speed gain meant that we could systematically search many designs in a short time in order to arrive at the optimal design.”

Due to the model-based approach, the design problem was now reduced to a mathematical optimization problem, for which we could choose an optimal design in a number of steps. In addition, the new PANalytical model provides a better understanding of the effects of the various design parameters. The result: an optimal X-ray tube. Gert van Dorssen, group leader for PANalytical: “The great thing about this project is that we were able to combine the expertise of CQM and the knowledge of PANalytical in a fantastic way. This was co-makership at its best. A wonderful challenge in a pleasant atmosphere and above all: a perfect result."

Would you like us to take a closer look at your issue? 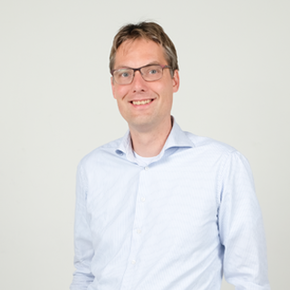