The place where the magic happens? In the Albert Heijn distribution centre! That’s where all store-related logistics are coordinated. And since 2013, CQM and Albert Heijn have been working to optimize many of the processes involved. Under the heading ‘Smart Logistics’, our work together in recent years has ensured an enormous improvement to the efficiency of Albert Heijn's logistics. And everyone is very happy about that!

We therefore talk to…

To discuss the collaboration in more detail, we talk to Adri Smits, Project Manager Distribution & Transport at Albert Heijn (AH). Adri has been working at AH for over 23 years and in recent years been responsible for the Smart Logistics programme. Within the programme, he examines how logistics processes can be further optimized by applying data science and algorithms. In other words, Adri is the man who, along with his colleagues, ensures these challenging projects within the distribution centre (DC) run smoothly. We also hear the views of Marco van Grinsven, Director of Distribution & Transport in the board of AH. We’ve also been working with Marco for quite a while now, and as director he obviously has an important role in the ‘Smart Logistics’ project. And finally, we get the perspective of our own Monique van den Broek, Principal Consultant and CQM’s project leader on this project.


Reducing the air on the roll containers

The collaboration between AH and CQM started with an initial project in 2013, when we developed the Load Carrier Algorithm (LCA), which we then upgraded in 2017.

“Each AH store orders on a daily basis the items it needs to have full shelves and serve its customers well,” explains Adri. “The LCA cleverly distributes all the requested items in an order across the different roll containers that will be going to the store. On average, we’re talking about some 40-60 boxes per roll container. The LCA determines which boxes will be placed on which roll containers in order to minimize the number of roll containers, make picking in the DC as efficient as possible, and create the optimal configuration for the store. Of course, the algorithm also takes into account the best and safest ways of picking: crisp boxes obviously shouldn’t be placed under beer crates.”

“The LCA has reduced the number of roll containers used by 10% in total,” Adri says, “and that saves time and money. The reduction in the number of roll containers has also meant significantly fewer trucks and journeys to the stores. Which of course also means less CO2 emissions. A win-win situation if you ask me. The people at CQM really know what they’re doing and it’s precisely that collaboration between AH people with their practical knowledge and the data scientists at CQM that ensures for a valuable, high-quality relationship. We really enjoy working with our CQM colleagues.”

A logical next step was therefore to see which other processes could be optimized. We soon identified the Pick Order Build (POB) algorithm.

“This enhances productivity,” says Monique van den Broek, “but we didn’t only look at productivity. We also considered, for example, avoiding congestion in the lanes. It’s really nice to initiate these kinds of projects, because you see immediate results.”

“At Albert Heijn, we want to be continuously improving,” Marco adds. “The use of data analytics is becoming increasingly important. And the know-how they have at CQM means we are always able to take that next step.”

The basis of everything

“Speaking of which, we nearly forgot to mention what initiated these algorithms,” says Monique with a smile. “In 2016, we first started working with Arjan de Vos and Benno Jaspers (at the time responsible for the Logistics Support department) to get some insights.

“But you can only start optimizing if you know what it is you want to improve, and what the underlying drivers are. So we developed a model and application that gives AH insights into how much time during a pick order is spent on, for example, driving, picking, stacking and so on. So picking a small, light box of tea, for example, takes far less time than picking a large, heavy crate of beer. And stacking 60 different articles of different sizes on a roll container is obviously much more difficult and time-consuming than stacking 15 large packs of toilet paper.

Before 2016, timings were taken using a camera and stopwatch, and this determined how long each picking activity lasted. Now we do that — you’ll be unsurprised to hear — on the basis of data, many millions of lines of data. Partly as a result of this, we’re able to develop a far more detailed model.”

“And let's not forget the Volume Correction Factor (VCF),” says Adri. “For that, we launched an AH-CQM Hackathon in 2018, where master's students in quantitative subjects got stuck into finding the best solution to this problem. The different boxes on a roll container are expertly stacked by an order picker, but it never fits completely as neatly as in a game of Tetris. You always stack some air and the trick is to limit the amount of air stacked. The VCF calculates the stacking air given the composition of the roll container. This lets us know how many articles will fit on a roll container. To develop and train the VCF model, CQM has developed an application based on 3D scans of roll containers that can automatically determine how much air was left on the roll container.”

“This really is pioneering stuff,” explains Monique. “We had no experience with 3D scanning equipment at the time, but soon got the application working. This neat little development also means AH now transports much less air, so that 1-2 extra boxes can be transported per roll container, which can sometimes save 1-2 trucks. That’s a significant saving on transport costs and CO2 emissions!"

Like Adri, Marco is delighted with the results they’ve achieved together with CQM. “We’ve saved 10% of our volume, have 1-2 fewer boxes per roll container and improved productivity — and that’s just the start. We’ve also gained more insight into our processes. We now have a better understanding of what drives our productivity and this allows us to be much more focused on innovation.”

Planning for the future

What makes these two gentlemen want to continue working with CQM into the future? Their answer is simple.

“You understand data science, which isn’t surprising,” says Adri. “But what I think is your greatest strength is that you come up with the best solution for your customer. That sounds obvious, but it isn’t. You look at what we need and translate that into data science models and algorithms. Monique and her team simply make what we need. Is that being down-to-earth? Maybe, but at a very advanced mathematical level. Plus working with CQM is a riot. They come up with such cool solutions and really are part of the team. Because they’re on location every week, they feel like genuine colleagues. And when we see everything in the warehouse running so smoothly, we’re both grinning from ear to ear, right Monique?”

Asked what the future will bring, Adri is extremely upbeat. “There are still so many wonderful projects awaiting us. For example, we’ve already planned a second release for LCA and POB. We’re also reviewing and further optimizing our forklift truck processes. I expect to be doing even more wonderful projects together in the near future, and to achieve more great results as a result of this inspiring and value-adding collaboration.”

If you want to stay up-to-date with the latest news from CQM, follow us on LinkedIn or subscribe to our (Dutch) digital newsletter. 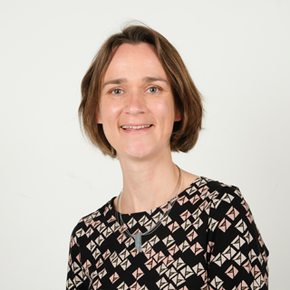 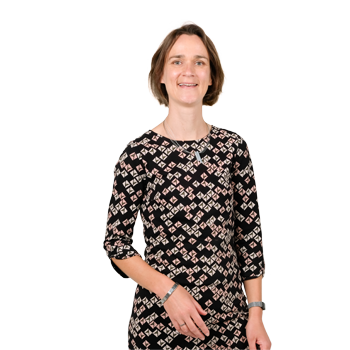