Keyrail is the operator of the Betuwe route. The railway line from the Port of Rotterdam to the German border is exclusively used for freight trains. Rail traffic constantly increases. Keyrail expects traffic on the Betuwe route will increase further and would like to anticipate potential capacity bottlenecks. To simulate the various growth scenarios, Keyrail brought in CQM. The result is 'Keystone', a tailor-made capacity model for network utilization and development.

The Betuwe route is nearly 180 kilometers long, runs from the Tweede Maasvlakte to the German border at Zevenaar and is a real boon for Dutch freight. Keyrail is the organization responsible for ensuring that the line is used optimally. The company shares out capacity amongst carriers, controls traffic, and is responsible for management and maintenance. The shareholders of Keyrail are ProRail, and the Ports of Rotterdam and Amsterdam.

Throughput at the Port of Rotterdam is growing, which means traffic on the Betuwe route will also increase. Whether and how that growth can be accommodated depends amongst other things on the logistical activities and processes at the terminals, and railway yards in the port. Can the rail line deal with this growing capacity? Where will the first bottlenecks appear and how can adaptations to the existing infrastructure offer a solution? Or can utilization be increased by changes to the logistics processes? Timely insights into the consequences of different growth scenarios will help Keyrail make informed decisions.

"We didn’t want an off-the-shelf product, but nor did we want someone who’d take the whole thing over from us," explains Sander Koning, Head of Development & Logistic Solutions at Keyrail. "In particular, we were looking for a partner who together with us could ensure the necessary functionality was sharp and turn that into a decision-supporting model. We chose CQM, and they have more than met our expectations."

The final product is Keystone. In the simulation model, train movements are dynamically simulated in real time and displayed graphically on a screen. Keystone not only shows the movement of trains on the main track of the Betuwe route, but also their movements from the port terminals and in the railway yards where trains are checked and buffered before being handled at the terminal or leaving for a slot on the main track.

The rail tracks are developed in detail. The terminals, and sometimes the yards, are simplified to be shown as a black box. Trains can ride in and out a black box, where logistical operations are simulated in the form of a stay/processing time.

A simulation starts by generating trains. This occurs on the basis of a so-called ‘train profile’: the number of containers and trains transporting coal, minerals and chemicals in a week. On the basis of input parameters such as destinations, capacities, processing times and the like, the trains run through the model to their destination. The output of the model is then analysed. From the usage of the tracks, yards and terminals one can immediately see whether, and in which places, bottlenecks will occur with increased traffic. Useful information when, for example, changes are made to the infrastructure or logistical processes. It means that Keystone can as early as the design stage identify capacity bottlenecks. Alternatives can also be worked out using the tool. While modifications or extensions to the infrastructure can be applied and costed using the built-in infra-editor, allowing Keyrail to take fact-based decisions.

Meanwhile, in a test case Keystone has answered the first sample questions: until what year will the growing traffic still fit on the Maasvlakte-West, and where will the first capacity bottlenecks appear at that location: at an intersection of sidings, a terminal or when connecting to the Betuwe route itself?

Keystone is currently also being used in the redesign of part of the port’s railway network, with the support of CQM of course. In other words, Keystone works, and that’s something Keyrail Director Cees Templeton is very satisfied about. "After previous experiences with ICT projects, working with CQM is like a breath of fresh air. Both in terms of results and budget control. So as far as we’re concerned, this is the beginning of a long-term partnership."

Would you like to know more about growth scenarios, capacity models or simulations? Please contact Jan van Doremalen. We are happy to help! 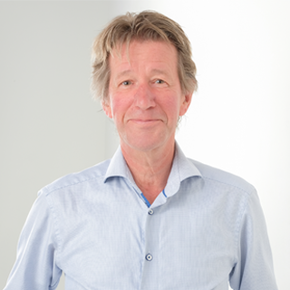 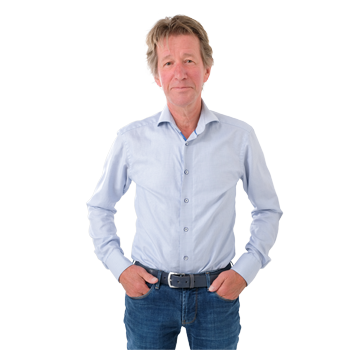