Real-time optimization source of efficiency and inspiration for Air Liquide

High proportion of clients with fluctuating demand; an energy market where prices constantly change; and a network of production sites with differing characteristics and by-products. It doesn’t make it easy to find the ideal balance between increasing and reducing gas production, costs and revenues. But CQM managed it, together with Air Liquide developing a real-time optimization tool. The result? Optimal efficiency, but more than anything: fresh inspiration from innovation by small steps.

A year and a half ago, following a selection procedure, Peter chose CQM to provide mathematical support to production decisions that had become too complex. "The many factors that influence the production of our industrial gases, plus the speed with which these decisions have to be made, mean the process has become too complicated to be managed by people alone,” says Peter. “We needed an intelligent support tool."

Air Liquide, world leader in the production of industrial and medical gases, is active in 68 countries with 68,000 employees. In the Benelux, Air Liquide manages a pipeline network of some 2,225 kilometers, to which both its own production locations and the factories of customers, large chemical industries, are connected. To produce hydrogen and carbon monoxide, Air Liquide has itself to buy energy. In addition, the company must continuously adjust its production capacity to the highly variable demand of customers, so that the pressure in the pipeline network is maintained. The production also depends on factors such as the ambient temperature, while during production by-products are released that can also be sold.

“It’s a complex puzzle and we love those”, says CQM senior consultant, Jacob Jan Paulus. “The Air Liquide operators must be able to deal with pressure differences within 20-30 minutes. That’s a very short time in which to make the right decisions. Which factories should produce more, or less? What’s the impact on the purchasing of energy and the income from by-products? And is it worth, for example, sending people out to take particular measures? It’s a complex mix of factors, which nevertheless determine the margin between production costs and sales.”

Air Liquide had already developed a model in AIMMS (see block at bottom of page), a mathematical modeling environment, but the advice it generated wasn’t yet consistent. “We called it the RTO, real-time optimizer,” explains Peter. “We wanted to continue working with AIMMS, but asked CQM to add intelligence to the RTO."

"For us,” says Paul, “the first challenge was to separate the essentials from the peripheral issues. Some factors only have a marginal influence on the outcome but can make the process disproportionately complex. We didn’t include these peripheral issues. With the right balance of measurement data, and the right algorithms, we then developed a multiple-app solution. Several small apps, each doing their own thing and therefore easy to develop iteratively. There is a module that collects the data in order to run the optimization process. The second module is the optimizer itself. The third module is the dashboard for the operators, which runs on the AIMMS PRO Platform. Together, these modules run continuously and generate advice every 10 minutes on how to optimize the production process in any circumstances. The Air Liquide operators then decide from their own expertise if and when they follow that advice. The big advantage is they no longer have to do any calculations themselves and can focus fully on the decision."

In addition to the three RTO modules, CQM also developed a fourth simulation module. This can analyze outcomes that seem noteworthy, re-enact given events or scenarios, and simulate the impact of investments on production resources or the network. The RTO also stores the history, gradually creating a big data source with solutions, from which Air Liquide can learn for future decisions.

“Though we haven’t set a hard target for the RTO, we expect a payback period of about two years,” says Peter. “More important, however, is that we have many more pipeline networks around the world that can run more efficiently thanks to the RTO. And even if a network is already working optimally, the RTO guarantees that optimal operation. Because the complexity within the network will only increase in the future.

“But perhaps the biggest benefit of this project is the inspiration it has given us. CQM has really encouraged us to dream big where possible, and above all to take small steps and begin with small things. Which is what we’re increasingly going to do at Air Liquide, thereby pushing each other to even higher standards. So the project with CQM has been a success on a number of levels. And besides their intelligent solution itself, I’ve really appreciated both CQM’s perseverance and their ability to make the complex understandable. Respect!”

Get in touch with Jacob Jan!

AIMMS is an innovative technology company serving global Fortune 2000 companies such as Shell, Unilever and ASML from its offices in Europe, America and Asia. AIMMS offers a unique prescriptive analytics, modeling and optimization platform that supports complex business decision-making at every organizational level. Developers can create apps quickly and error-free, and connect to virtually any data source. Thus enabling leaders and teams to quickly create business impact by using these optimization apps to support them in addressing strategic and daily operational challenges via a single platform. For over 20 years now, CQM has been a partner of AIMMS. 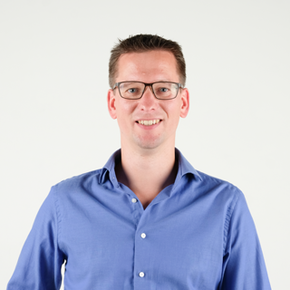