60 planners at ProRail have been working with PION, a new application with which they can plan the dismantling of sections of the railway infrastructure for maintenance or other works. The big advantage of the new system is that it’s linked up to the digital rail map, Infra Atlas, so that from now on all changes will be made in one database that’s always up-to-date. As a result, people have a real-time, comprehensive overview of all line closures and any potential conflicts are immediately flagged up. For ProRail planners, PION is an important piece in the jigsaw. The system was developed by CQM.

PION stands for Planning Infra Onttrekkingen Nederland (Planning of Infrastructure Withdrawals in the Netherlands). A 'withdrawal' is the temporary closure of part of the track in order to carry out works. This can be minor or major maintenance, or long-term infrastructure works. To ensure flow and safety on the railways, it’s vital that withdrawals are done in a well-coordinated manner. Not only must they be perfectly coordinated but the timetable designers, transporters and contractors also all need to know exactly what’s going on where.

The ProRail department that plans withdrawals is AM-IBP (Asset Management - Infrastructure Availability Planning). Rolf Post heads up the department. "We've worked for several years with the Visio system. We manually entered each withdrawal on a separate card. In the case of changes due to on-going developments, we repeatedly had to complete a new card each time. We recorded all these cards electronically in Visio. But though they were all available in one place, each card was separate. There was no link to a central database, no possibility for digital adaptations and the maps couldn’t not be combined with one another. So you can imagine that making an up-to-date overview, and communicating this to parties inside and outside ProRail, was quite a task.

“What’s more, with withdrawals we’re dealing with multiple 'terms'. On the one hand, major maintenance works that we can plan far ahead; on the other, unforeseen faults that must be put right immediately. All of which makes it even more awkward if you have to work with data and drawings that aren’t connected. We felt it must be possible to do it better and more efficiently, which is why we called in CQM."

The new application, PION, makes the lives of the planners a lot easier. "First and foremost because the system works with Infra Atlas, the digital rail infrastructure map of the Netherlands", explains IBP coordinator, Geert Titulaer. "Our planners can filter and select a withdrawal, then indicate on the digital map which part of the infrastructure is being withdrawn. They no longer have to do the basic drawings themselves, but implement the right withdrawal for the right track at the right planning moment. Because all withdrawals are stored digitally in a single database, they can easily be combined with each other and visualized on the map. For example, we can easily make cross-sections to see all withdrawals at a given moment. In addition, PION automatically detects any conflicts. For example, if two withdrawals overlap, or if withdrawals for cyclical maintenance don’t fit within the set timeframes. PION not only ensures easier and more efficient planning, but also safe withdrawals using a streamlined process.”

Prior to its introduction, PION was extensively developed and tested by ProRail and CQM within a project team. "From the very beginning, we involved the planners from the regions,” says Geert. “After all, using PION is an essential part of their daily work. Today, 60 planners work with the application. Their enthusiasm confirms the success of the approach we’ve taken."

For the time being, ProRail and CQM will be continuing to develop the application. PION is currently still using regional maps, but in the near future a national overview map will be needed on which one can better see and plan the links between all the withdrawals. In addition, PION must become a source of information for all sorts of practical issues, such as quickly identifying the next maintenance moment in order to resolve a points failure.

Rolf Post is extremely satisfied with the results. "With PION, we now have an application that ensures synchronization, thus meeting a major need we had. We can work more efficiently, and liaise better with other departments and parties. It was a real pleasure collaborating with CQM. They not only showed great professional knowledge, but were also extremely engaged and great colleagues.” 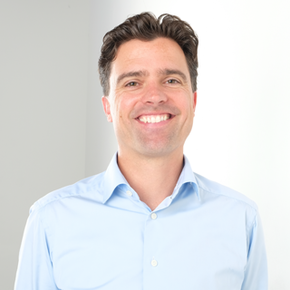